Back to: Module: Helping with Instruction

This challenge is difficult on purpose to show you what students might feel when confronting a new and difficult learning task. If you are part of a class, we advise your instructor to create small groups for this challenge. If you are working solo on this unit, invite a friend or colleague to help. It might take 20 minutes of his or her time.

Give it your best shot! Based on how we’ve designed the activity, we suspect you will be uncomfortable, maybe a little, maybe a lot. That’s the point. Sit back, relax, and enjoy the discomfort. It’s all part of learning!

First, read the following passage about DNA. Then read it again. It’s filled with scientific jargon. Read it three or four times if necessary to reach your limit of understanding. If you want, you can use other resources (for instance, a couple of quick Google searches, if you have access to the web). But don’t get sidetracked. There’s a lot you can understand without any help (except, of course, from your partners) in this challenge.

See if you can understand what’s going on. Try to get everything you can from the passage to make sense of it for yourself.

DNA can be damaged by many sorts of mutagens, which change the DNA sequence. Mutagens include oxidizing agents, alkylating agents and also high-energy electromagnetic radiation such as ultraviolet light and X-rays. The type of DNA damage produced depends on the type of mutagen. For example, UV light can damage DNA by producing thymine dimers, which are cross-links between pyrimidine bases.  On the other hand, oxidants such as free radicals or hydrogen peroxide produce multiple forms of damage, including base modifications, particularly of guanosine, and double-strand breaks.  A typical human cell contains about 150,000 bases that have suffered oxidative damage.  Of these oxidative lesions, the most dangerous are double-strand breaks, as these are difficult to repair and can produce point mutations, insertions and deletions from the DNA sequence, as well as chromosomal translocations.  These mutations can cause cancer. Because of inherent limitations in the DNA repair mechanisms, if humans lived long enough, they would all eventually develop cancer. (https://en.wikipedia.org/wiki/DNA)

Next, try to summarize the passage in one sentence of no more than 20 words!

Now go to the next page. 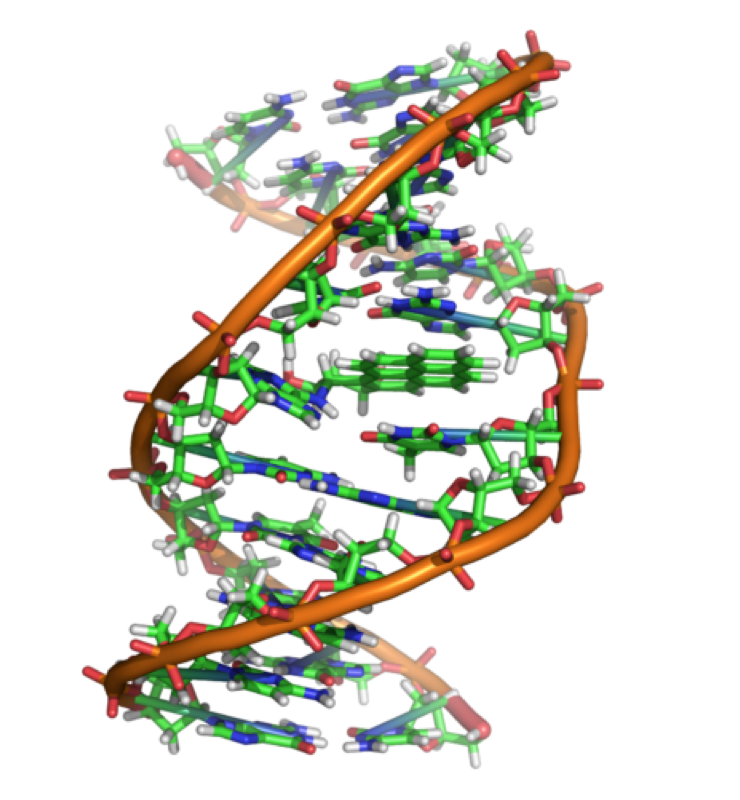